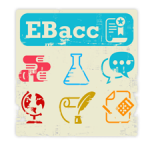 Bruce Renfrew, MD of Renfrew Group International, sets out his argument against the proposed Design and Technology curriculum, believing that it will fail to fire the enthusiasm of young people to explore and develop new technology.

“So little of the programme is devoted to exploring the new and the fresh – so much is devoted to maintaining the old and the existing. Not only that, I’m completely baffled by the reasoning behind some of the decisions. Why, for example, would you even think of pairing horticulture and cooking (home economics subjects) with electronics, construction and mechanics? And where is the engineering science?

I’m really with all those who are concerned that these changes will discourage pupils with a curiosity in design and technology to learn more. The upshot is that those with a fledgling interest in design and technology may struggle to gain the necessary grounding in school and may miss the opportunity to grow their understanding. More importantly however, the curriculum could also once again endow the subject with second tier status – something so many bodies and institutions have been trying, and largely succeeding, to counter over the past 40 years.

In this proposal the journey from Key Stage 1 to Key stage 3 is one of amplification rather than development, and why on earth is maintenance included in the curriculum? This carries an uneasy subtext of preparation for a life in service, repair and maintenance, rather than in the design of world beating products.

Design and technology is about developing practical, innovative and ultimately useful (often physical) applications of scientific discoveries and technological developments. It is the process by which laboratory science and breakthrough physics are harnessed to provide new materials, new products, new therapies, new means of transport, new power generation systems and yes, in extremis, new means of cultivation.

It has little if anything in common with craft processes: these are the preserve of Art and Design where existing technologies and existing materials are harnessed and converted into visual or physical expressions of individual thought, for the delectation of intellectual discourse – or to simply create something of beauty.

The knock-on effect as I see it

The new curriculum will diminish the strength of our future talent pool.

Industrial Design pretty much relies on students whose curiosity for how things work (as well as how they look) is nurtured early in their intellectual development. If instigated in its present form, the new design and technology curriculum could severely damage this by marginalising the role of technology, and imposing a value model that equates curiosity for how things work with a desire to mend, rather than redesign them.

It could impact on the diversity and balance so necessary in modern design teams – it could also restrict the thinking to the more conventional and initiate a long term shift towards pure research rather than practical, GDP-building science.

Perversely, and in terms of numbers new recruits, I think it may have a neutral effect on the design industry because the most curious will always find ways of gaining knowledge, but the pool of talent would likely be dominated by those from certain socio-economic backgrounds, and that isn’t good.

The government firstly needs to understand the purpose of coupling Design and Technology together – and it doesn’t have to look very far to see prominent examples of where this has worked with stunning success in the commercial world. It needs to recognise the definition of design in this context and not to confuse design with craft, or design with art.

So, putting it bluntly, those who’ve drafted this and now seek consultation, should heed the calls to redraft, thus making design and technology the grounding curriculum in a spectrum of science and technical subjects, and not the depository of those difficult to place ‘working with your hands’ subjects”.

How you can help

We need to act NOW (before the 16th April) to halt the regressive proposal being put forward by the department of Education for the Design & Technology and Art & Design curriculum. Register your support here. http://includedesign.org/