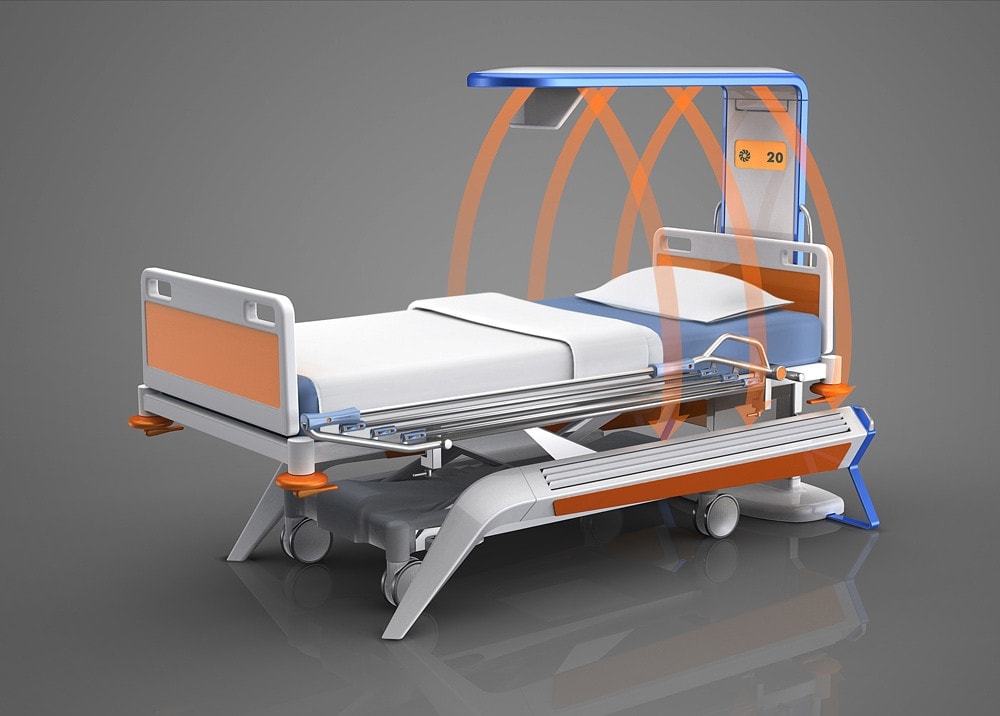 According to the adage, engineers save more lives than doctors. In terms of sanitation alone this is probably historically true, but increasingly doctors and engineers are working together to come up with potentially life-saving solutions. Which is just as well because, according to the World Health Organisation, we are in trouble. The rise of antimicrobial resistance (AMR), it says, is a global health crisis.

The UK’s Chief Medical Officer Professor Dame Sally Davies said: “We have reached a critical point and must act now on a global scale to slow down antimicrobial resistance.” Drug-resistant infections could kill an extra 10 million people across the world every year by 2050 if they are not tackled.

So while engineers may have created an infrastructure to improve hygiene and doctors are at the cutting edge of the medical science, further steps need to be taken if we are to prevent these apocalyptic predictions coming true.

Michael Phillips, design development director for Renfrew Group, believes the first step is to increase funding. At the moment the pharmaceutical sector globally contributes $0.4billion to an innovation fund to promote the discovery of new antibiotics. Phillips said: “I propose that a proportion of this $400million or maybe even an additional sum is directed toward engineering and technology innovation to address new methods of infection control.”

So what is it that requires this innovation? One particular cause for public concern in recent years has been the health of the hospital environment. For example, C diff and Norovirus, which can amongst other symptoms induce severe vomiting, can result in spores being projected up to 8m away. And this is without considering AMRs. Are closing the curtains round the bed enough of a comfort if it is you or your relative in the neighbouring bed?

In the UK, it is estimated that Healthcare Associated Infections (HCAIs) affect some 100,000 patients a year and is responsible for the deaths of around 5000 patients annually in the UK.

The recommendation is that someone showing signs of an HCAI should be isolated immediately to a sideroom, with its own basin and toilet, but an NHS survey indicated a shortfall of 37,000 such rooms.

Phillips commented: “600 NHS frontline staff, were asked if they were given a ‘Technology Magic Wand’ – what would they want to best help combat infection in hospitals? We assisted the steering committee with the process of visualising and assessing the early ideas and developed concept for 10 technologies. Several were brought together in the form of a portable isolation facility for use on the ward – the Temporary Side Room [TSR].”

Solutions investigated included tent like structures with clear plastic walls and roof; fabric and mesh. “The target was to improve upon current cross infection rates by as much as possible, whilst being practical to manufacture and install and must be comfortable to live in,” said Phillips. “It must not look intimidating or feel claustrophobic.”

The requirements were that it must be practical, fast to erect and dismantle and easy to clean with no dirt traps. Other features included a non-touch doorway, hand washing facilities and built-in water supply for a minimum of one day’s washing with non-touch towel dispenser as well as a two-sided consumables locker and a deliveries hatch.

A non-touch doorway or preferably a doorway that could be open most of the time, with controlled air flow, would allow good observation and easy access for adequate nursing attention.

“We used tools such as CFD, in this case from Ansys, as well as quick rigs filled with smoke and so on,” said Phillips. “We looked at how to make a doorway that produced a nominal negative pressure, to try to retain as much of the airbourne pathogen as possible.”

Working with the NHS nationally, the National Innovation Centre and the Department of Health, as well as widely with industry, Renfrew created designs and prototypes for a TSR that could be erected and dismantled within an hour, in-situ without disturbing the infrastructure. Prototypes were tested at Health Protection Agency (HPA) Porton Down with markers and live bacteria.

Ten units were made for trials to explore the practical use in a clinical environment, and these trials were run at University College London Hospital. It turned out that the key thing was hand washing. Phillips added: “So we engineered a system that would deliver 50 to 70 handwashes, timed to perfection by the RCN with illuminated prompts., with its own water supply and contained waste.”

Vital to a comfortable environment is a breathable roof. This provides a surface, close to the head when standing, that does not reflect heat or importantly sound. A solid or impermeable roof makes an uncomfortable space where heat and sound is reflected back. A good acoustic profile provides a comfortable, non claustrophobic atmosphere. A 50 micron mesh was found to provide a balance between keeping the majority of particles in, whilst making the difference between a pleasant and an unacceptable living space.

Phillips said: “Designers have a responsibility to understand and translate these less tangible but absolutely critical aspects of a product’s design. The trials revealed that of the patients in the same ward, those who were not in a TSR, frequently actually requested to be in one.”

But were the walls needed?

During the process of designing the TSR, the question was asked, could this infection control capability be achieved without solid walls? A portable air curtain could provide a degree of infectious particle containment in an easy to move and install package, and claustrophobia of patient would be minimised. So Renfrew started to work on a design.

CFD was again the main tool in the design team’s armoury at this stage as Phillips explained: “By entraining downward airflow from overhead air blades, and evacuating at a higher volume (slower speed) under the bed, we could remove the particles. Gravity generally overcomes the weak lift provided by convection currents. The CFD predicted a very low percentage of escaped particles (in the range 2 to 300 microns) would be possible.”

A quiet air stream is output from the over head unit, directed to pass around the bed, enveloping the patient bed area, and extracted under the bed. The air is cleaned via UV and other systems under development, and either exhausted outside the ward or building or recirculated.

Despite the critical role played by CFD, old fashioned hands-on engineering still has its place. Phillips said: “At RG we like to build things quickly and see what happens. We reckon often more can be learned, faster and possibly cheaper, by building quick card and tape mock ups with and having a play. The variables can be the same as with CFD, probably modified more rapidly, and the benefit of observing something not predicted can be very valuable.”

A finished representative model was then produced to make first assessments for acceptability with patients and nursing staff in perception studies. This model was on display in the Innovation Zone at Engineering Design Show in October 2015.

“Patient perception is all important,” said Phillips. “Creating a positive environment from a potentially negative one can make innovations acceptable. Our approach is where possible to make a product desirable, especially in circumstances where the environment might otherwise be seen in a negative or frightening light. By trying to evoke something of the quality of business class interiors, with built in entertainment, patient info system, personal lighting in a stylish design, with airflow designed to be gentle and quiet, the air curtain can be accepted much more readily by patients.”

But given the rise of the HCAIs, such outbreaks as the recent Ebola, and our seeming inability to be prepared for them, are developments in containment such as the TSR and the overbed airflow enough? Phillips responded: “Urgency creates action. So in a sense, yes, panic, we should do something about it. AMR is leading to a potentially disastrous situation – it’s not an exaggeration. So it is time for action and it can’t be on the shoulders of engineers alone. But I think working together, although it sounds trite, true collaboration brings good results.”